The very idea of mold in lungs sounds scary, doesn't it? You've probably heard about some of the negative effects exposure to household mold can have on your health, and the affect on your respiratory system – your lungs – is probably more significant than on any other part of your body. We'll explain just how mold can affect your lungs and why it's such a health hazard.

First, though, let's talk a bit about the respiratory system, of which the lungs are a critical part.

To understand how mold in lungs affects the human body, it helps to understand a bit about how the respiratory system works. 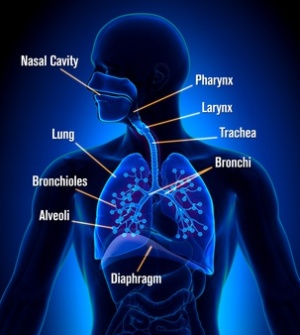 After entering the nose and mouth, air travels down a tube in the throat called the trachea or windpipe, which then divides into two tubes called bronchi, one leading to each lung. The bronchi then divide into numerous smaller tubes, sort of like branches of a tree, called bronchioles. The bronchioles deliver air into the lungs.

To further protect your lungs, very tiny hairs called cilia line your bronchi and bronchioles, which help trap foreign particles and sweep them away from the lungs. Coughing is another way the body attempts to expel foreign matter from the lungs and air passages.

Despite your body's defenses, however, sometimes foreign particles get into the lungs. This can lead to an infection known as pneumonia.

How Does Mold in Lungs Cause Illness?

Mold can cause respiratory illness in a number of ways.

Second, microscopic particles of mold that are not expelled by coughing can lead to pneumonia when they become lodged in the lungs. Symptoms of pneumonia range from moderate to severe and include fever, shortness of breathing, coughing, and chest pain when you cough or breathe.

Third, since mold is a foreign substance in the body, it can trigger an immune response in the form of an allergic reaction. This can cause respiratory symptoms as well as an itchy rash or hives.

Finally, some types of mold produce toxic substances called mycotoxins, which may cause a wide range of health problems.

Some people are more susceptible to mold-related illness than others, including small children, elderly people, people with pre-existing respiratory disorders like asthma or chronic obstructive pulmonary disorder (COPD), and people with weakened immune systems, like those with HIV/AIDS or those undergoing chemotherapy.

Dealing with Health Problems Resulting from Mold in Lungs

If you're experiencing health problems you think may be due to mold, see your doctor. The Centers for Disease Control and Prevention (CDC) suggests seeing your primary care physician, who may then refer you to a specialist based on your symptoms. For an infection in your lungs, you may need to see a pulmonologist. Your doctor may also refer you to an allergist or an infectious disease specialist.

If you're experiencing symptoms of mold-related illness, it is recommended that you not handle the mold removal job in your home yourself, since doing so will further expose you to mold that can make you worse. Instead, you should arrange for someone else to do the work for you. Follow this link to find out how to schedule a free consultation with an experienced mold removal professional in your own home. They will inspect your home, and explain what needs to be done to remove the mold and prevent it from returning.

Ref: CDC - What type of doctor to see 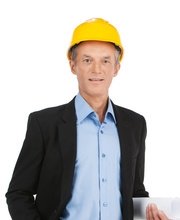 
Have or Suspect
Mold? 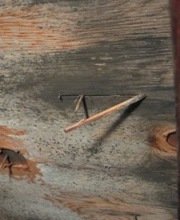 Step-By-Step Guide to Dealing With Mold 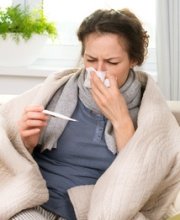 Are Your Symptoms Being Caused by Mold?


Preventing Mold
in the Home 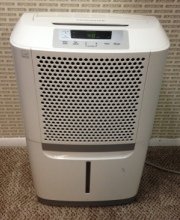